TIMELY SPIKE IN REMORTGAGING AHEAD OF BASE RATE RISE SEEN

Just ahead of the Bank of England’s decision to raise the base rate by a further 0.25%, the second quarter of 2018 saw over three quarters of remortgaging applications via intermediaries result in completion.

The ‘Mortgage Market Tracker’ released by the Intermediary Mortgage Lenders Association (IMLA) said that for the second time this year, Q2 saw an increase in the number of mortgagees endeavouring to protect themselves from forecasted base rate increases and benefit from more affordable deals.

Executive Director of the IMLA, Kate Davies, was quoted as saying: “The last 12 months have seen the end of a decade of record low interest rates that many borrowers have become accustomed to. The Bank of England’s response to managing rising inflation had been widely anticipated by the industry and consumers . . . ”

Savills has reported that the proximity of top-performing state schools is one of the leading factors for families when deciding where to buy a house.

Home buyers in London are paying an average of £670,000 to live close enough to the best primary schools to gain admission for their offspring.

This trend extends to Scotland where, according to The Bank of Scotland, parents are paying a premium of nearly £73,000 to live in the catchment area of a top performing state secondary school. They go on to add that the average house price in areas covering the top 20 state schools, has now reached £277,134, which represents a 36% premium to those houses in the immediately surrounding areas, now estimated at an average of £204,162.

According to the Office for National Statistics (ONS), UK housing values added £40bn to the net worth of the country’s assets in 2017. Overall land values added an additional £450bn. With UK land now worth £5.4 trillion, this equates to 53% of all the wealth found in the country, an increase of a third in net assets since 1995. This figure is now just shy of the record value of 53.3%, which was recorded by the ONS back in 2006 and 2007, just prior to the global financial crash.

In summary, the net value of total UK assets now sits at a staggering £10.2 trillion, against the last valuation of £9.75 trillion. 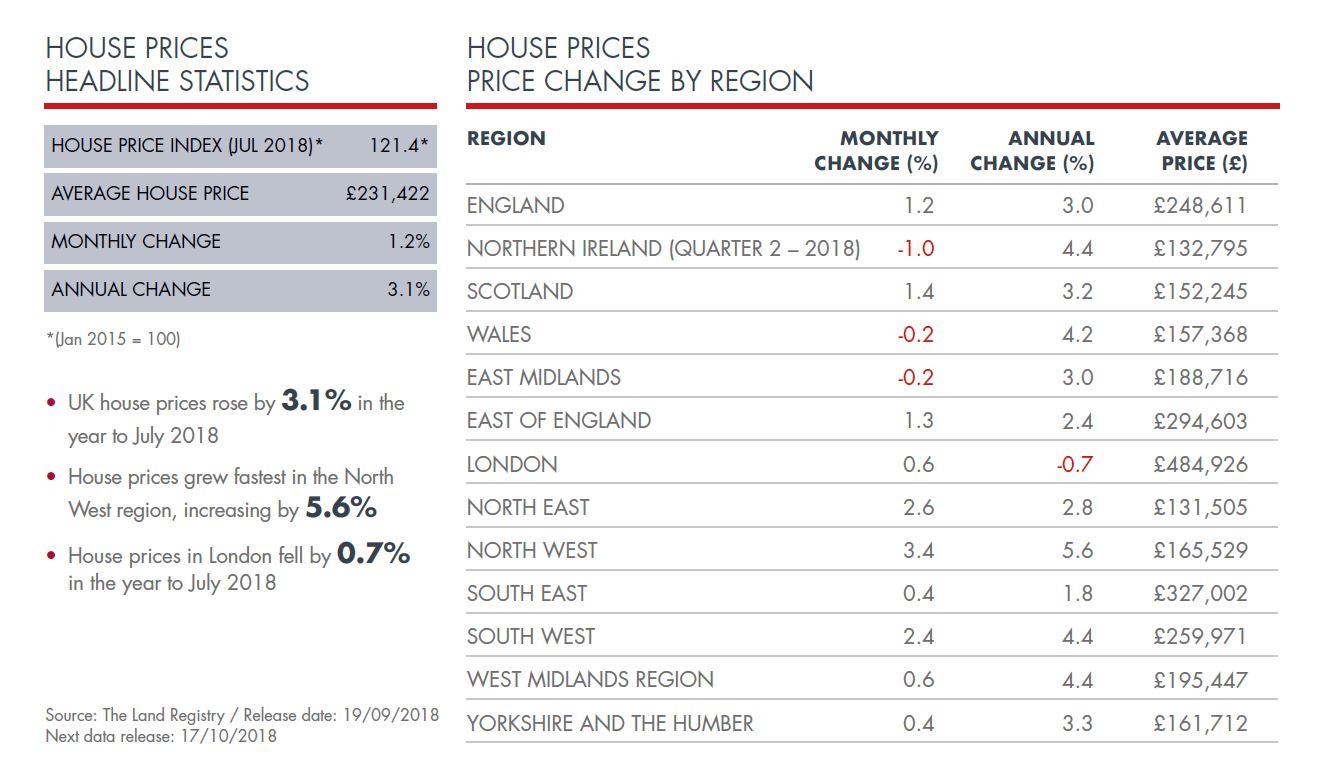 It is important to take professional advice before making any decision relating to your personal finances. Information within this document is based on our current understanding and can be subject to change without notice and the accuracy and completeness of the information cannot be guaranteed. It does not provide individual tailored investment advice and is for guidance only. Some rules may vary in different parts of the UK. We cannot assume legal liability for any errors or omissions it might contain. Levels and bases of, and reliefs from, taxation are those currently applying or proposed and are subject to change; their value depends on the individual circumstances of the investor. No part of this document may be reproduced in any manner without prior permission